Women of the World Week 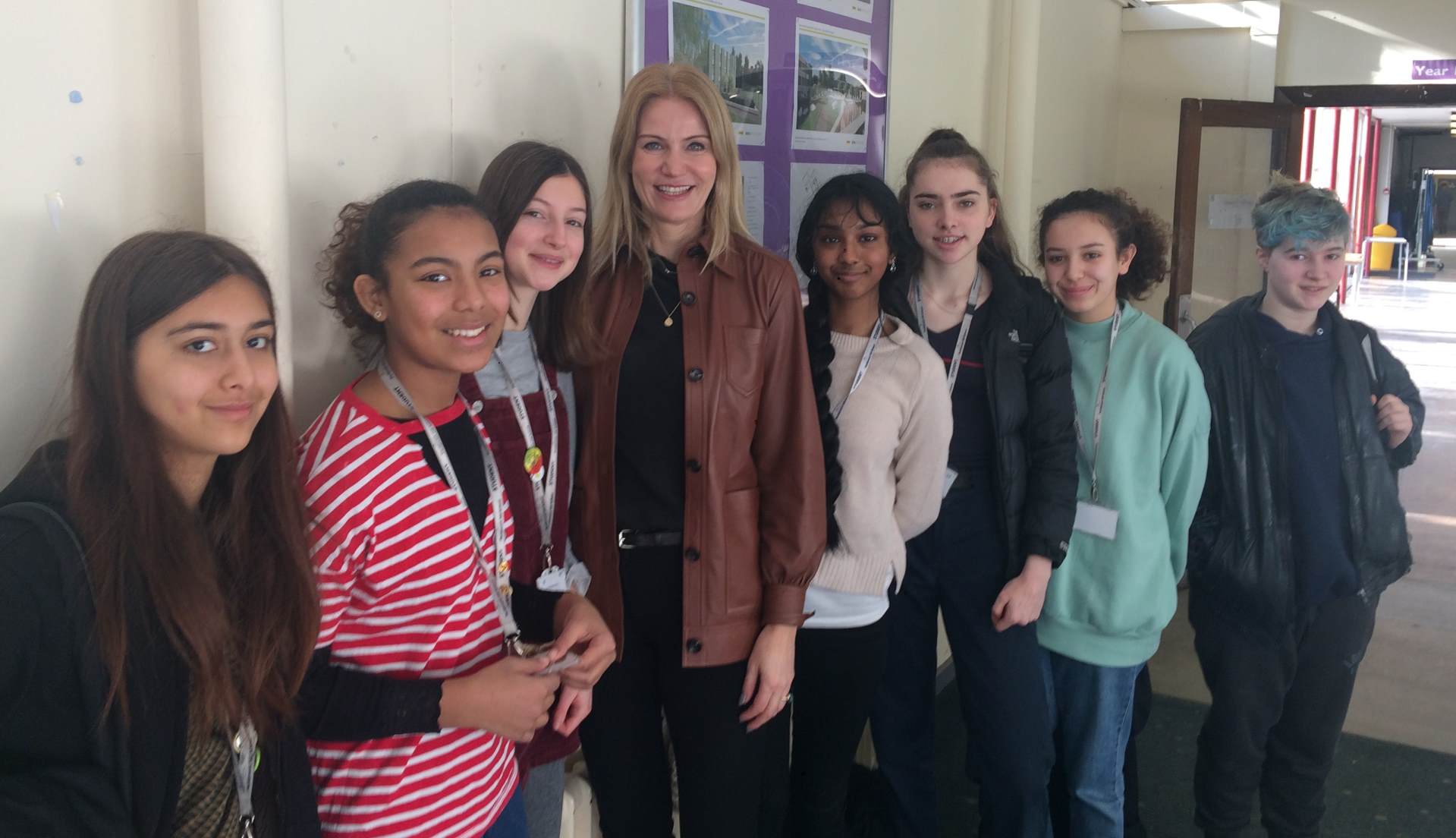 As part of women of the world week, our school was visited by Helle Schmidt, ex-Danish Prime Minister and current CEO of the charity Save the Children. She gave an inspiring speech on her experience of being a female leader both in politics and Save the Children. She spoke about the importance of equality and education for children and the pride she found in being in a position to improve it around the world. She also mentioned the courage it takes to take on a responsibility like Prime Minister but emphasized that it was a very rewarding job and that the experience of working for one’s community was gratifying like nothing else.

Helle Schmidt was the first female prime minister of Denmark and had the shared experience of many women high up in politics: being surrounded by almost exclusively men. She recounted an anecdote of meeting Angela Merkel in a bathroom in Brussels and Merkel saying that this was truly the time women discussed politics. It was interesting to hear a first-hand experience of the isolation women face in politics, when they are very few in comparison to men. Her talk was inspiring and relevant to the challenges that we may face in our future.

As an introduction to Women of the World Week, we were visited by ex-Prime Minister of Denmark Helle Schmidt.  She spoke about her personal experiences as a leader and her road to success.  She explained how leader can come from anywhere, and all it takes is courage and hard work to achieve your goals.  Her story of how she came from a poor background and was a child of divorce is inspirational, as she still managed to focus and stand for what she believed in.  I found this personally inspiring because as a young woman, it is great to see women achieving such great things; Helle Schmidt also being the first Woman Prime Minister of Denmark shows how hard she worked and that we as young women, we can make a difference.

She spoke about the importance of teamwork when doing anything, and how working as a team can be the difference between failure and success.

Many people’s questions were about her experience of being a woman in such a leading role, and how she found that.  She explained that often when she went to international meetings she was one of the only women there.  This relates to woman of the world week, and gives us the understanding that we as young women must be the change we want to see, and that anything is achievable if you put your mind to it.